As one of the major anniversary events, Blackbow ( led by Wang Zhiou, the founder of Blackbow and the chef visual designer of the grand gala ), served as the lead visual design team for the 90-minute evening gala director by the General Director Zhang Yimou. One of the highlights of the event was over 3000 performers wearing luminous suits and carrying light panels that moved to portray different images as the panels changed, displaying images such as a huge national flag, the Great Wall and so on, which were combined into an exciting new picture through dynamic and seamless mobile performances. Over 3000 panel screens were kaleidoscopic changing through the whole event, and it highlighted the lively and jubilant atmosphere of the new era.

After 290 days and nights , Blackbow finally transformed Tiananmen Square into a surreal multimedia experience making the technology, art and people's performances blend in real time. It is not only a large-scale gala performance and also an unforgettable contemporary art work.

Zhang Heping, the Artistic Director of the gala

Zhang Yimou, the General Director of the gala

Cai Guoqiang, the Chief Executive of the fireworks

Jia Ding, the Executive Director of the gala

Sha Xiaolan, the Chief Executive of the lighting

Chen Yan, the Chief Executive of the art 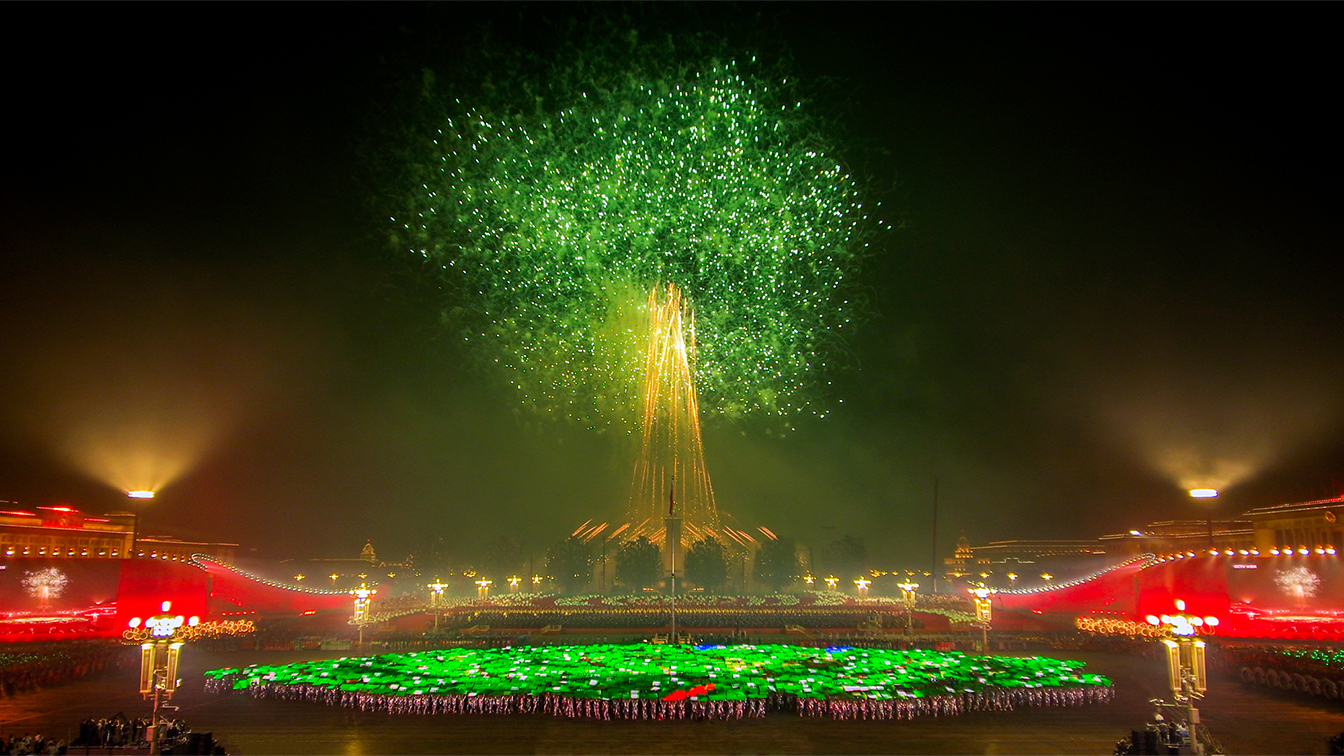 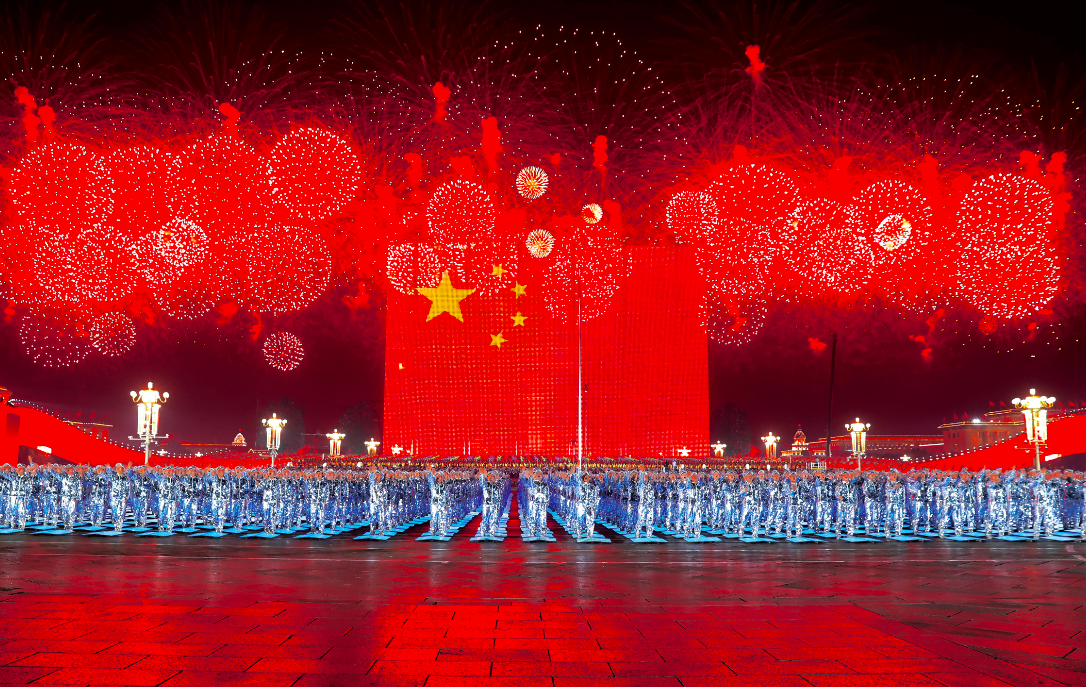